Send to friend Save Share
View more 1 month ago

Hawaiian Airlines (Hawaiian – Hui Mokulele ʻo Hawaiʻi) is the flag carrier and the largest airline in the U.S. state of Hawaii. It is the tenth-largest commercial airline in the US and is based in Honolulu, Hawaii. 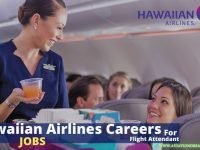