UDAN 2.0 Ready for Take-Off through out the country

UDAN 2.0 is an acronym for ‘Ude Desh ka Aam Nagrik’. The government scheme for connecting all over the world it may be a small town or a big town. And remote regions on the country’s aviation map by subsidizing airlines for flying on select routes at a fixed fare. And that can be loosely translated to ‘Let the common man fly’.

The success of the first phase of RCS has rendered the path towards a smooth transition into UDAN 2.0. With an impetus to stimulate helicopters and small fixed-wing aircraft operations.

The Ministry of Civil Aviation promised to provide air connectivity to currently underserved and unserved airports. the MOCA launched UDAN regional connectivity scheme in October 2016. After the first round of successful bidding under RCS-UDAN. the MOCA launched the second round on August 24, 2017. To boost the mammoth growth of the country’s domestic aviation sector and to take flying to the common Indians. The government launched the Regional Connectivity Scheme (RCS) with its unique and affordable flying strategy.

UDAN 2.0 by Ministry of Civil Aviation

The routes and networks were awarded to bidders who submitted valid proposals and quoted the lowest Viability Gap Funding (VGF) in the form of subsidy from the government for such routes and networks. After the first initial bidding, five airlines won bids to operate on 128 routes that would connect 33 unserved and 12 underserved airports. Airline Allied Services Limited, SpiceJet Limited, Turbo Megha Airways Private Limited, Air Deccan and Air Odisha Aviation Private Limited were the five winning bidders.

Bidding Wars The Central Government has awarded contracts to 15 airliners to operate flights and chopper services on 325 new routes under the second phase of RCS. UDAN 2.0 saw contracts for the new routes being awarded to improve air connectivity to remote areas such as Kargil, Darbhanga, Pakyong, Cooch Behar, Jorhat, and Almora. With an increasing emphasis to cover priority areas, maintain operational flexibility and improving helicopter operations, UDAN 2.0 will connect 56 new airports and helipads to 36 existing aerodromes.

Any airlines joined… 10+2 based

Fantastic beat ! I would like to apprentice at the same
time as you amend your website, how can i subscribe for a
weblog web site? The account helped me a appropriate deal.
I were tiny bit familiar of this your broadcast provided vivid
clear concept 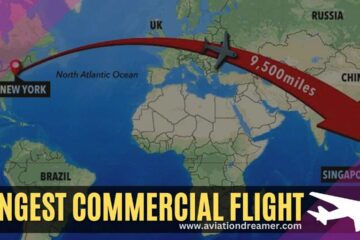