Hello, friends; in today’s article, I will discuss a topic that I’ve been receiving many questions about. That is how much does a cabin crew earned or what is the flight attendant salary Philippines. If you are interested in knowing the salary of a flight attendant in the Philippines, keep on reading.

Friends, as we all know, the cabin crew profession is a very lucrative job. Meaning it has a lot of benefits you can travel, even your family can travel as well. Many girls and boys want to be in this profession, and one of the main reasons is the flight attendant salary and benefits. So, as a cabin crew, you can earn nearly 40,000-50,000 PHP per month in the Philippines.

But even before I became a cabin crew, it was difficult for me to go online and search how much a cabin crew earned. Suppose you are from the Philippines and want to become a cabin crew. Then this article will help you to know the details information about a flight attendant’s salary Philippines in 2022.

Friends, I am going to try to be as transparent as I can be. It is meaning I’m going to be giving you real figures, but these are based on my personal experiences. I can only speak for my experience based on how much I earn from the airline that I worked for in the airline I am currently working.

Different airlines will have different compensation packages, but they don’t differ that much. So you can at least compare, or you’re going to have an idea at the end of this article. That how much a flight attendant earns in the Philippines.

Now, suppose you’re based somewhere else. In that case, if you’re not from the Philippines not planning to work for any airlines in the Philippines, you can jump into the next part of this article below [flight attendant salary in international airlines].

Freinds, this information was shared by one of my friends who work with a local Philippines airline for the last four years. Her name is Rosa. So, below I have shared her words related to the flight attendant’s salary in the Philippines.

Hello friends, I am Rosa. Thank you, Aviation Dreamer, to allow me to share my experience as a flight attendant salary.

Freinds the will base on how much I earned while I was working with the airline. As all, you know cabin crew salary is broken down into three-part. First, you’re going to get your basic salary, your productivity and hotel allowances.

But when I was working for that local airline here in the Philippines, we didn’t have any layover. We don’t go to a certain country and stay there overnight or stay in any hotels, so it doesn’t apply to me during that time.

Note – here, you can check out some airline interview questions list which will help you clear this interview. Also, you can check others jobs like ground staff jobs and flight attendant jobs.

So, it’s not much right; it’s very less. Now, this is where the package becomes competitive every month. We fly certain hours, and for that hours, we get paid by the hour. So I just forgot how much exactly I got when I was working for this local airline. But if I fly like a hundred hours in a month, I would get a total, including my basic salary. I would get a total of like 40,000 PHP in a month.

On top of that, basic salary and the productivity since we also sell onboard products inside the aircraft. They are on board. We also get 10% from the profits it’s like a commission oh that’s very easy right.

Friends, I hope as a fresher, it’s not bad at all if you’re single, you’re not supporting anybody if you earn 40,000 PHP every month, plus you get a commission from your onboard sales. I would say it’s really good again, like what I

said. This was when I was working for them, which said four years ago, so the packages probably have changed. There might be a slight increase in the salary, so maybe at this time, they would earn like 50,000 PHP per month for the new joiners.

Now let’s go international. I’m sure a lot of you are really curious. That how much does an international airline flight attendant earns every month. So the package doesn’t differ that much, meaning the salary is broken down into three basic salaries, the hourly flying pay. We also get our hotel allowances because we have layovers and have transportation allowances for supervisors.

But what I’m going to be discussing for you guys is entry-level flight attendant salary Philippines. Meaning when you initially join the airline, how much money will you get from here on? All the currencies I’m going to be talking about are going to be in u.s. Dollar.

So let’s assume you’ve already signed the contract. You already have your date of joining, and then now you arrive in your home base. Which is the country where your airline is based. You’re going to be getting a signing bonus

of 550 USD. So that you’re going to have an allowance or some money to buy your groceries by your essentials.

Note – here; you can check out the Qatar Airways cabin crew open day list for all nationality with the online application link.

Once you start with the training, you will be getting your basic salary of 1200 USD per month. Because you’re not flying yet at that time, you’re not going to get any hourly flying pay, and that’s the basic salary of a flight attendant in the Philippines.

Let’s proceed to the hourly flying pay for new joiners. So as soon as you start flying, you’re going to get an hourly flying pays off roughly 12 USD per hour. So let’s say in a month you fly a hundred hours. So you get (100hours*12USD)=1200 USD Per Month for your hourly flying pay.

But it doesn’t end there because now you have layovers. Where you stay in hotels, you also get hotel allowances that vary among different countries. So let’s say here in the Philippines, the Hotel allowance will be around 100 USD or less.

So it depends on the location of the hotel. If it’s an expensive hotel, you’re going to get a higher hotel allowance or layover allowance. On a good month and economy, cabin crew working for an international airline can earn up to 2800 USD, of course, as you grow with the company. Meaning you get promoted to a higher position, you become a premium class scabbing who you become a supervisor your basic and your hourly flying pay increases.

Freinds, before we are ending, I have good news for those of you who are interested in joining the online cabin crew master class, which can make your dream true. If you’re interested, just click the below link to know more.

Freinds that end of our article about flight attendant salary Philippines. I know maybe some of you will say that this is a sensitive topic you’re not supposed to be talking about this. But I don’t feel that. I don’t feel uncomfortable disclosing these numbers to you guys.

Because I know that those of you who are following my website are interested in becoming a cabin crew, I hope this article clears up your questions about cabin crew salary in the Philippines. Because like what I said at the beginning of this article when I was applying to become a cabin crew, everything was blank for me. I had no idea that what will be a flight attendant salary Philippines.

Also, I’m going to write more articles to answer all your frequently asked questions to help out other girls and boys who are too shy to ask but would like to become a cabin crew in the future. All of you, I wish you all the best on your cabin crew interview. 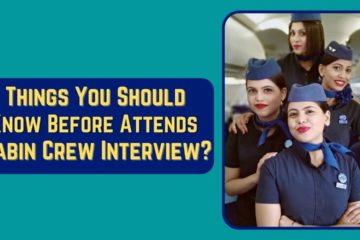 Things You Should Know Before Attends Cabin Crew Interview?

If you want to become a cabin crew in Indigo Airlines, then you must read this article before attending the Indigo airline air hostess interview as a fresher. Because in this article I will share Read more… Friends, do you want to become an air hostess? But you don’t know how to write a perfect air hostess resume for fresher. Then you need to check this article till the end. Also at the end, Read more… 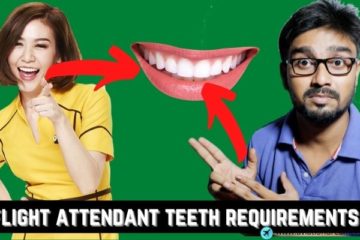 Friends, are you a flight attendant aspirant? Then this article will help you to clear your confusion related to flight attendant teeth requirements criteria. Because here I have to give details idea with every type of teeth Read more…